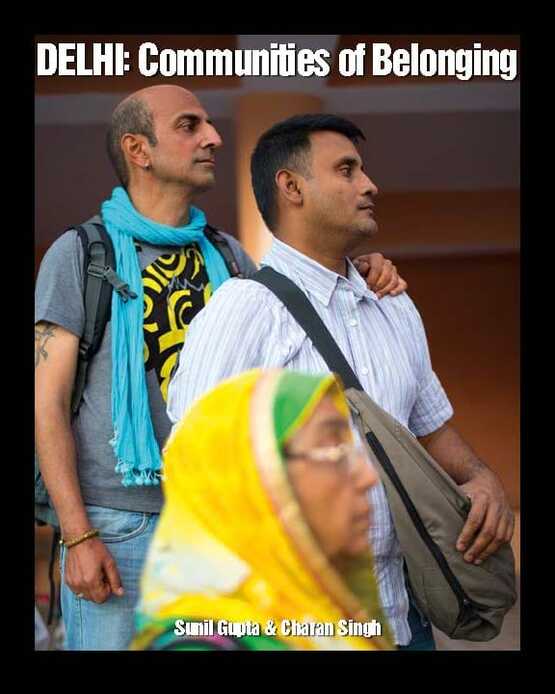 DELHI: COMMUNITIES OF BELONGING
BY SUNIL GUPTA AND CHARAN SINGH

“… A visible queer community has emerged in Delhi over the past two decades. What was silent and private
has emerged into the public sphere. Gupta’s and Singh’s work bears testimony to this.”
-- Indian historian and gay studies scholar, Saleem Kidwai (from the introduction)

Delhi: Communities of Belonging (The New Press, November 2016) by noted photographers Sunil Gupta and Charan Singh offers a powerful series of more than 150 photographs and companion first-person texts, which together offer an unprecedented portrait of LGBTQ people’s lives in India today. Focusing on the city of Delhi, Gupta and Singh chronicle the halting emergence of networks of men and women living under the shadow of stigma and criminalized behavior —in a country where anti-sodomy laws dating back to the British Empire were recently struck down, only to be reaffirmed in a surging wave of homophobia.
​
The photographs reflect the photographers’ celebrated capacity for entering into lives rarely seen. Through seventeen unique stories, Delhi invites the viewer into the daily routines, work, homes, and intimate lives of their subjects from different backgrounds—from urban professionals to day laborers.

The New Press publishes books that promote and enrich public discussion and understanding of the issues vital to our democracy and to a more equitable world. These books are made possible by the enthusiasm of our readers; the support of a committed group of donors, large and small; the collaboration of our many partners in the independent media and the not-for-profit sector; booksellers, who often hand-sell New Press books; librarians; and above all by our authors. Read more here.